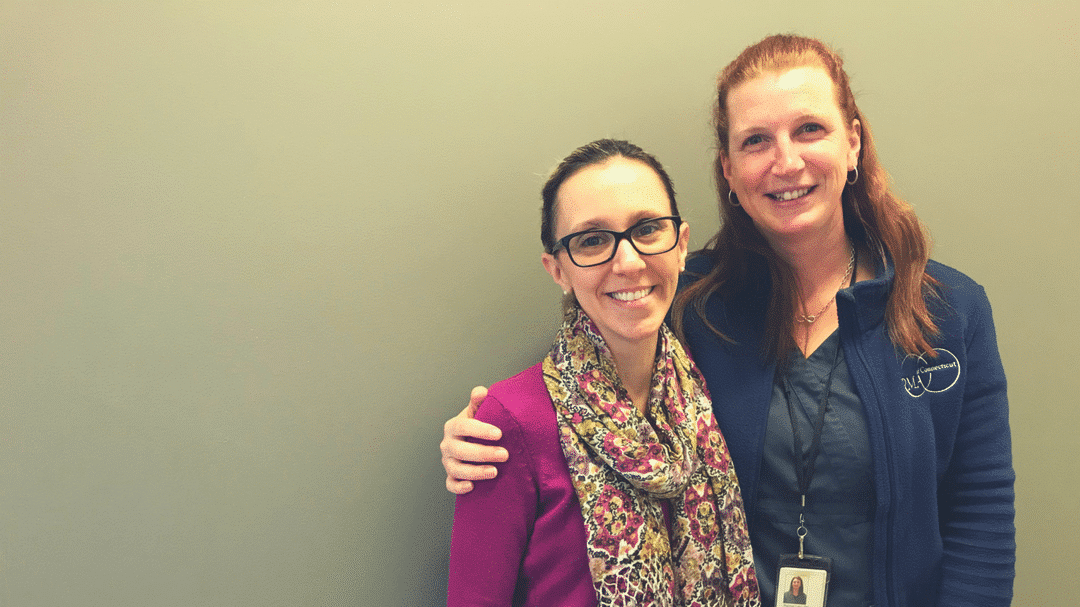 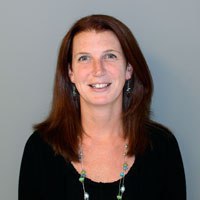 For anyone following Justine’s blog, you may have seen Rachel referenced from time to time - that’s me! I started in the fertility world 10 years ago as a patient care coordinator at RMACT and began nursing school while working in that position. My passion for this field evolved throughout my time here, so I was ecstatic when RMACT wanted to keep me on as an IVF nurse. Now, I am happy to be a part of the Third-Party department working with patients who need an egg donor, gestational carrier or both.

I met Justine when she started at RMACT, also as a patient care coordinator. The friendship was immediate, and we became very close - so close that Justine was a bridesmaid in my wedding and she is also one of my 2-year old’s favorite people (as is her husband Dan and their fur baby Ralphie). We have been there for each other through life’s normal up’s and down’s, but I didn’t see the curveball that life would throw her and what my part in that would be. 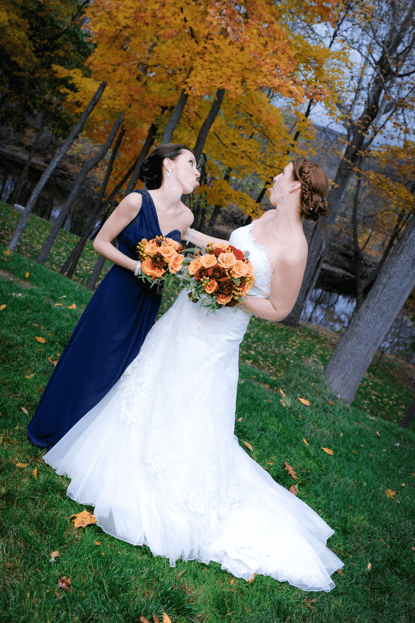 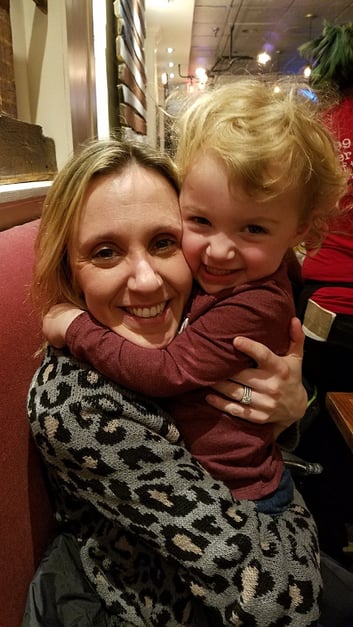 When Justine first told me that she was ready to have kids, I was over the moon! I wanted my child to be her child’s best friend! In the same breath, my nursing instinct kicked in and I had to ask, "Are you getting normal periods? Do you know when the best time to attempt pregnancy is? Are you tracking your cycles?" As much as I wanted to just be a friend, the nursing part of my brain couldn’t keep quiet. After a few months, I saw it in her eyes that she was ready to take the next step and have her initial consultation to “get serious”. So, I can’t say I was shocked when she told me that she had made an appointment.

Again, I tried to quiet the clinical side of me and just be the friend that she needed me to be. I have to say, it was not easy. I also felt a certain amount of guilt. I had my first daughter very young and unplanned. It was also very easy for me to get pregnant with my second daughter...two months off the pill it happened. I had to remind myself that I didn’t choose this, nobody has total control over what life will hand them. So, what did I know about the pain of struggling with infertility? I know what I was taught, the statistics and how to guide people through the steps. What I didn’t know was what the person going through that journey FEELS like, from having their HSG or saline sonogram, to their first IUI procedure, to having to mix medications for the first night of IVF shots. The confusing part was separating “nurse” Rachel from “friend” Rachel…being a cheerleader for her and a supportive friend, but also trying to give objective clinical advice.

The best part of my job is telling someone that their prayers and hopes were answered, that their hard work paid off and they are pregnant. The worst part is telling someone, that despite doing everything we told them to, the pregnancy test is negative. Many times, I need to mentally and emotionally prepare myself to give that kind of news. I didn’t put in the work that the patient did, but I have been there from the beginning and have been as big a support to the patient as possible. Being the person to tell them the bad news is devastating. And since it’s hard enough to tell someone you have a professional relationship with that they aren’t pregnant, imagine having to tell one of your best friends the bad news, news that you know will bring them more sadness than you could have ever imagined. How do I make this phone call to her after I kept saying, “It will be positive…I just know it. I have a good feeling!” I know the statistics for an IUI procedure, but I just wanted to encourage her. I didn’t want to be the one to say, “Well, you should be prepared because you only have a 20% chance of getting pregnant from an IUI.” Who wants to hear that?! I wanted to be her friend, to hold her hand and let her cry on my shoulder. Instead, I had to be the person to crush her. And there was nothing I could do to make it better. Except switch off my nurse brain and be the friend that I have been to her for the last five years.

Fast forward a month. There we are at her kitchen table with vials, needles, syringes and everything a person receives when they are going to start a round of IVF shots. Here we go again…. nurse Rachel vs friend Rachel. I have done hundreds of teach classes, but those take place during the day with fake medications. This was the first time I witnessed first-hand how overwhelming and scary the first time can be. It was at that moment that I had a newfound respect for what our patients go through. It’s easy as a nurse, who teaches patients all the time, to think it’s just “so easy” to mix the medications and inject yourself. Definitely not the case. I offered to mix everything and give her the injection, but Justine was adamant about doing it herself. I couldn’t be there with her every night, so she would need to know how to do it. And she did!!! I got to be her friend, and tell her how proud I was of her, and then go celebrate afterwards with a yummy dinner! I also made sure I was there for her egg retrieval. In fact, my concerned face was the first face she saw hovering over her when she woke up, although I’m sure it was Dan's face she would have preferred. 🙂

Now fast forward another month. The egg retrieval portion of her IVF cycle was over and we decided that we needed a getaway…maybe a break from reality. So, we took NYC by storm for one awesome fun-filled night. No nurse Rachel there!! Just a best friend and partner in crime. That weekend will be one that we remember for a long time…where all we did was have fun, like we were 25 again with no cares in the world! 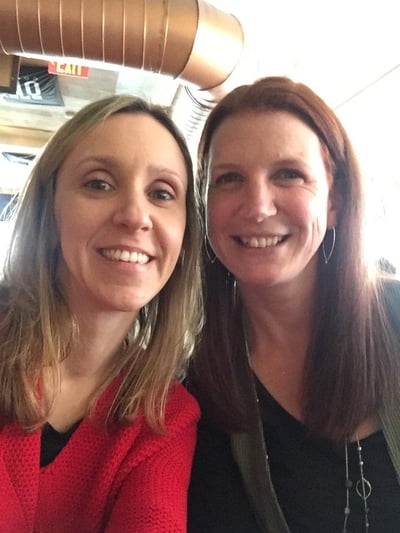 As much as this was Justine and Dan’s egg retrieval cycle, and I’m positive they learned a lot about themselves, I also learned a lot about myself by going on this journey with her. It was not easy to see first hand what a fertility journey can do to a person: the hopefulness followed by the awful lows and then, hopefully, eventually the amazing highs. I felt like Justine could lean on me especially hard during this time because I had the answers to her questions, but I could also offer a hug when that’s all she needed. Along the way, I tried to separate the clinical side of me from everything else, but as a nurse that loves what she does, I couldn’t completely keep that side of me out of the equation. But maybe that’s just what I needed to do… and what Justine needed from me. A nurse that was also her best friend.

Rachel Leto is a Registered Nurse and the Team Lead for the Third-Party Reproduction Program at RMACT. Rachel first joined RMACT as a patient coordinator in 2008. Throughout her time in this role, Rachel attended St. Vincent’s nursing school and obtained her licensure in 2012. Due to her interest in fertility, Rachel remained at RMACT and transitioned from her role as patient coordinator to IVF nurse. In 2013, Rachel joined the RMACT Third-Party nursing staff due to her passion for helping couples in need of donors (both egg and sperm) as well as gestational carriers. In her current role, Rachel is involved in all aspects of the Third-Party process and has extensive knowledge with the processes involved in selecting an egg donor and gestational carrier as well as the medical aspect that is involved in both types of cycles. Rachel was born and raised in Connecticut, where she currently resides. She is a wife and mom to two beautiful girls and two fur babies- Molly and Tully. Rachel enjoys spending her free time with her family and friends, running 5ks, spending as much time outside as possible and reading for fun!

“Amazing doctors, nurses, and medical assistance. You walk in the door and they already know who you are. You truly feel like family with RMA!” ~ Nicole K.